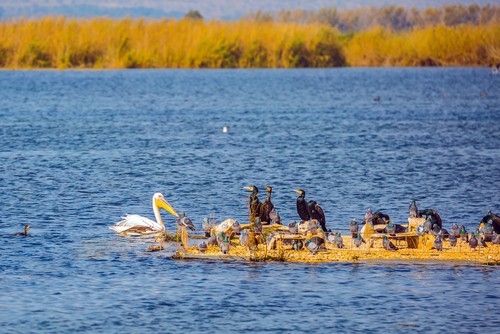 The federal Endangered Species Act (ESA) requires that any individual or non-federal entity that plans to undertake an activity that could result in a “take” of a threatened or endangered species must obtain a permit from the U.S. Fish and Wildlife Service (USFWS). To obtain a permit, the applicant must prepare a habitat conservation plan (HCP) that shows how the potential impacts to the species will be minimized and mitigated to the maximum extent practicable. The HCP provides comprehensive, long-term conservation measures for the species covered for incidental take related to a variety of anticipated CPS Energy activities within a specific geographic area over a specified permit duration.

Goals of the Habitat Conservation Plan

The CPS Energy HCP will streamline compliance with the ESA for the utility, as it strives to serve its customers in a timely and cost-effective manner. The HCP will:

Why does CPS Energy need a HCP?

San Antonio is growing and with it, electric and gas utility services must expand. CPS Energy anticipates increases in service in the coming years which will require construction of new lines of service, as well as maintenance of existing ones for reliability purposes. After incurring substantial and delays on a previous project, the utility determined the most efficient and responsible approach to growth while respecting the environment and endangered species would be to develop a Habitat Conservation Plan.

Species covered by the HCP

The HCP will cover threatened and endangered species that may be affected by CPS Energy activities, including listed Bexar County karst invertebrates, the Golden-cheeked warbler and the Black-capped vireo. Candidate species and species that may be listed in the future are also being evaluated for inclusion in the HCP.

How will the plan work?

The HCP will provide take authorization for a number of types of CPS Energy activities that are likely to occur across its service area over the next 30 years under a single permit. These activities could otherwise require individual project-specific permits from the USFWS, adding potentially significant delays to project schedules. These activities will include:

Measures to avoid, minimize, or mitigate potential impacts to species may include:

Who’s in charge of the plan?

The HCP is being prepared by technical and legal consultants at the request of CPS Energy, along with the involvement of CPS Energy staff, a Citizens Advisory Committee, and a Biological Advisory Team, comprised of expert scientists and subject area consultants who will provide input for developing the plan.

How much will the plan cost?

The costs associated with preparing the plan, which will take two- three years to finalize, are expected to total about $500,000.

What is the timeframe for completion of the HCP?

The process launched in late 2014.